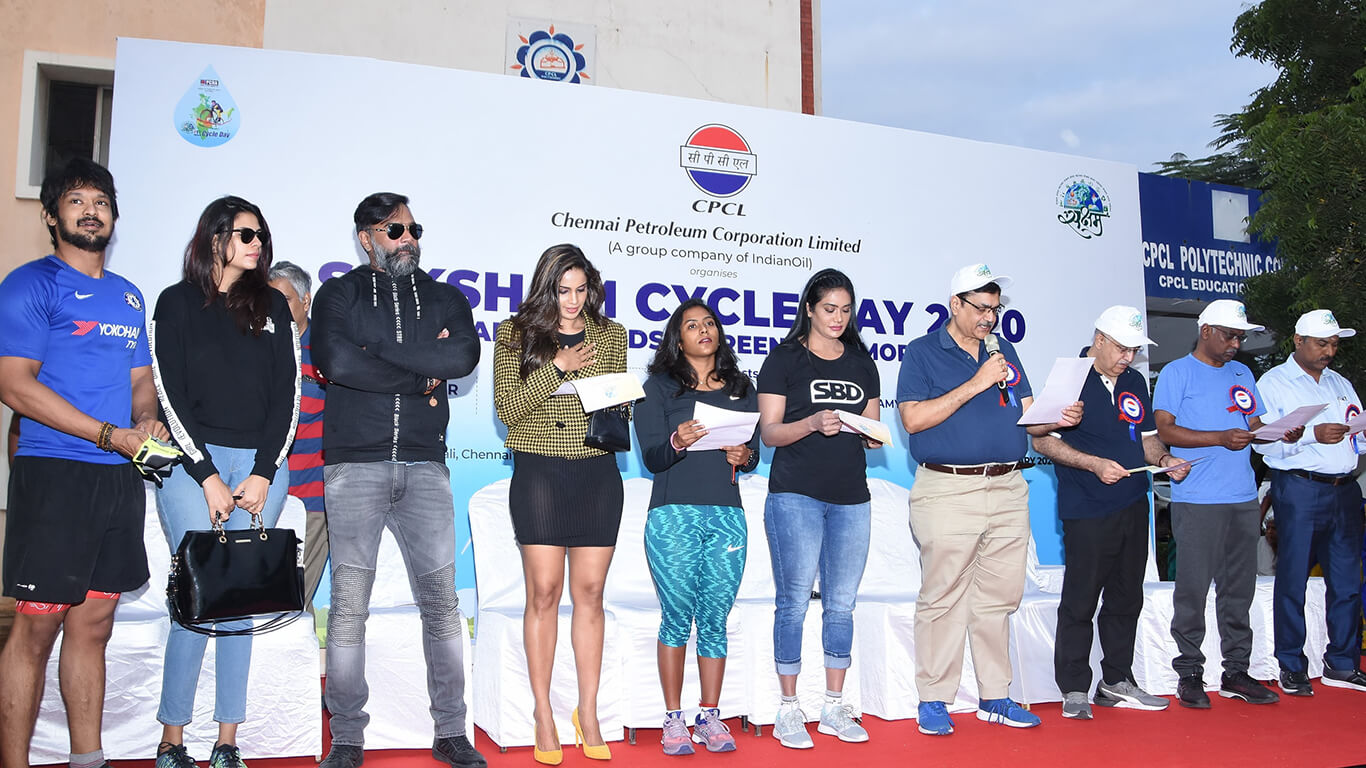 Petroleum Conservation Research Association (PCRA), under the aegis of Ministry of Petroleum & Natural Gas, conducts mass awareness program on fuel conservation. To emphasize the need to cycle for better health, environment and fuel conservation, a “Saksham Cycling Day” was planned on 19th January 2020 in 200 cities across India.

Shri S.N.Pandey, Managing Director, CPCL lead the participants to take a pledge on oil and gas conservation. He also flagged off the first batch of the cycle rally.

Shri G.Aravindan, Director (Operations), Shri Rajeev Ailawadi, Director (Finance) and other senior officials of CPCL were also present on the occasion and flagged off the subsequent batches of cycle rallyists.

People from all walks of life and aged 12 years and above and a large number of students along with family members participated enthusiastically in this cycle rally held at CPCL polytechnic college in Manali, Chennai. The 10-km rally started and ended at CPCL Polytechnic College.

In today’s scenario of highly depleted non-renewable resources and the world shifting its focus to alternatives, it is a matter of great concern to conserve fuel. Saving fuel not only helps to contribute towards conserving our resources, but does our bit in controlling pollution too, which again is a major threat to the lives.
Given this milieu and the fact that most of the non-renewable resources will get depleted in the next few decades, Cyclothon rallies are being held in many cities of our country for a wide-spread awareness. It was encouraging to see many people eagerly participating in saksham cycling day to pledge their support for the cause of conservation of our mother earth’s resources. 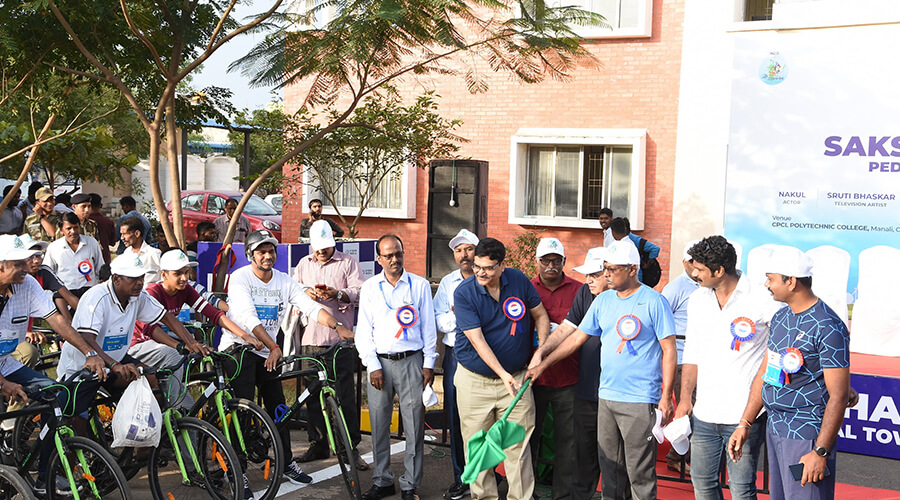 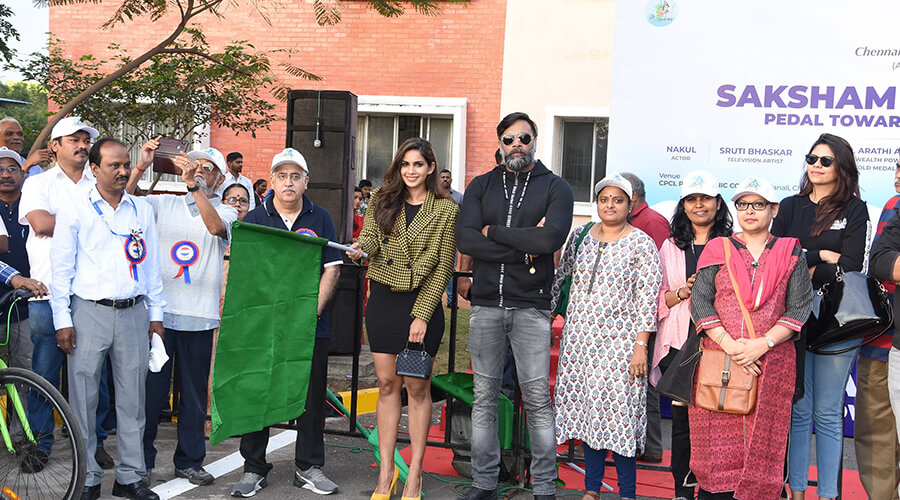 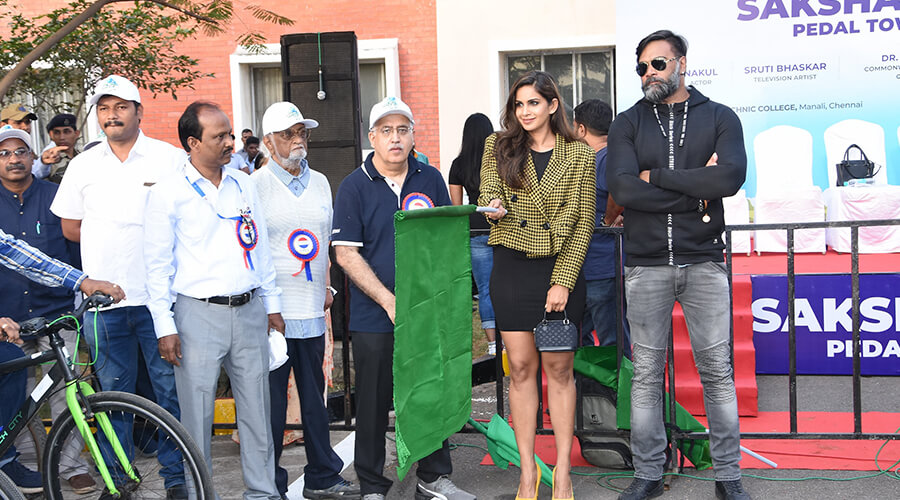 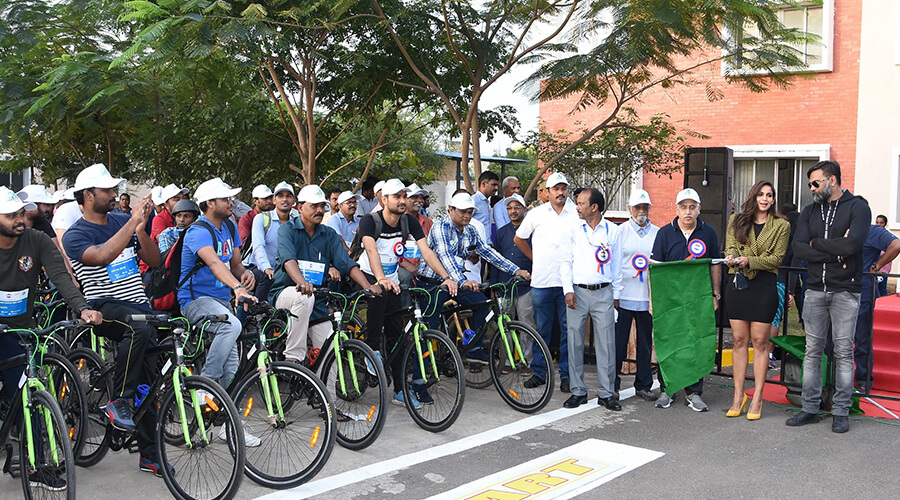 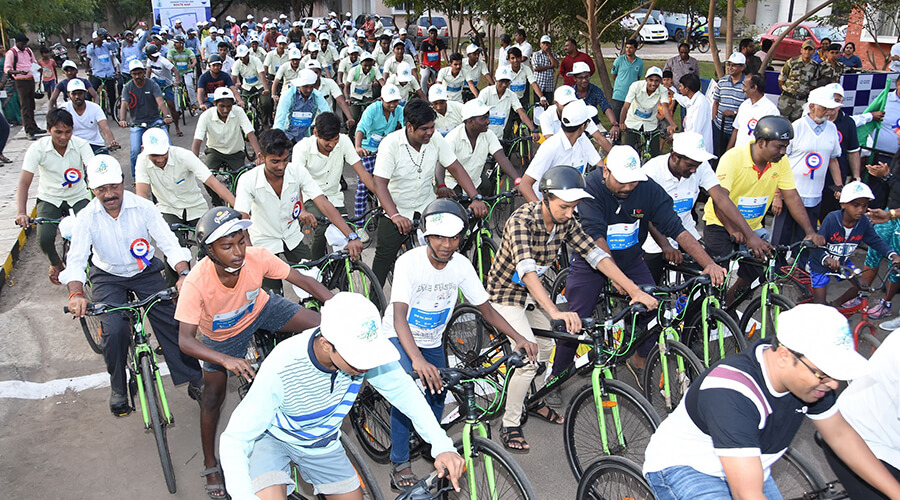 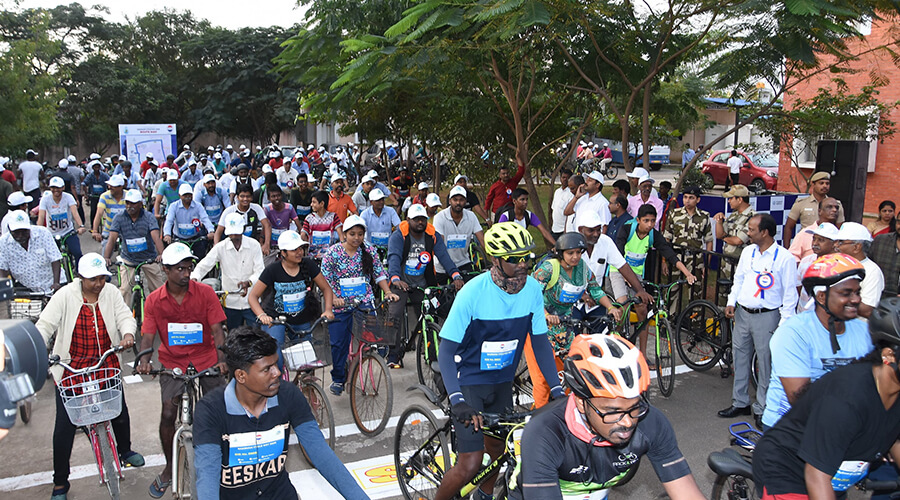 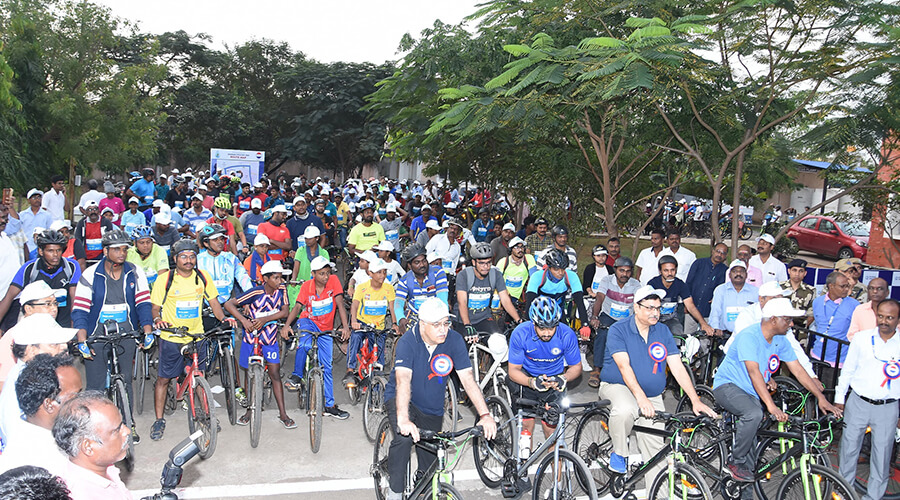 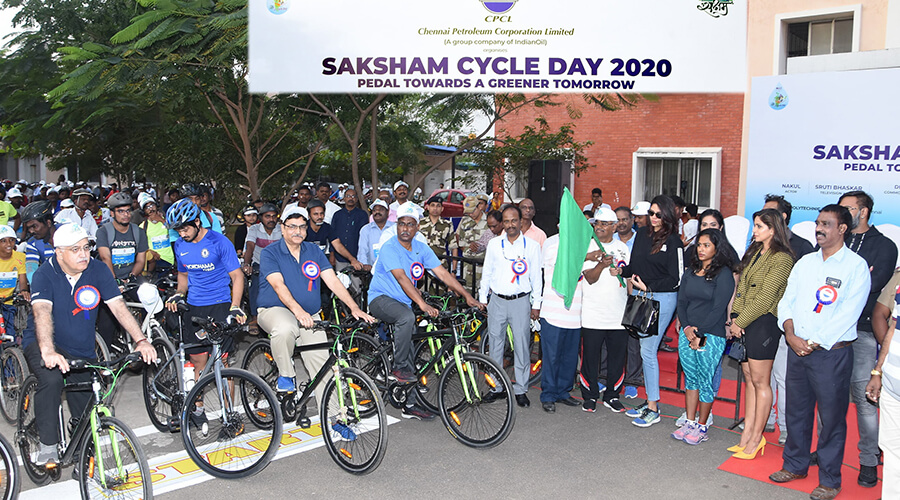 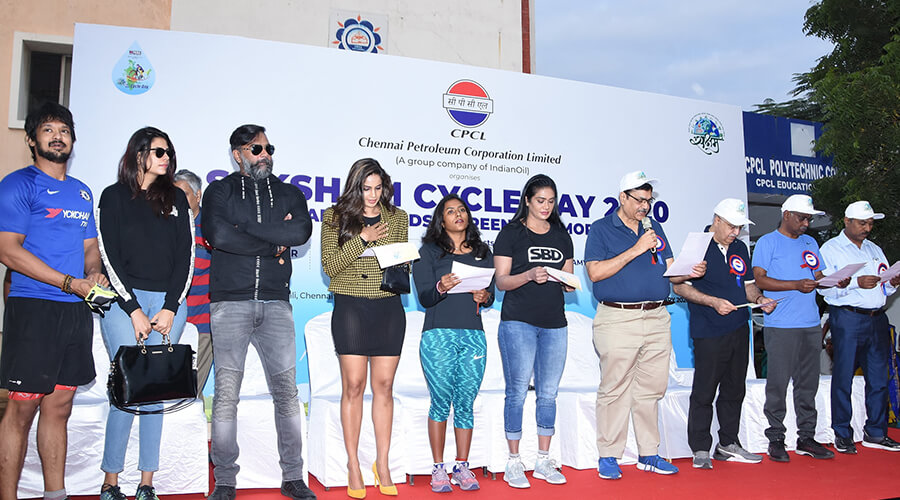 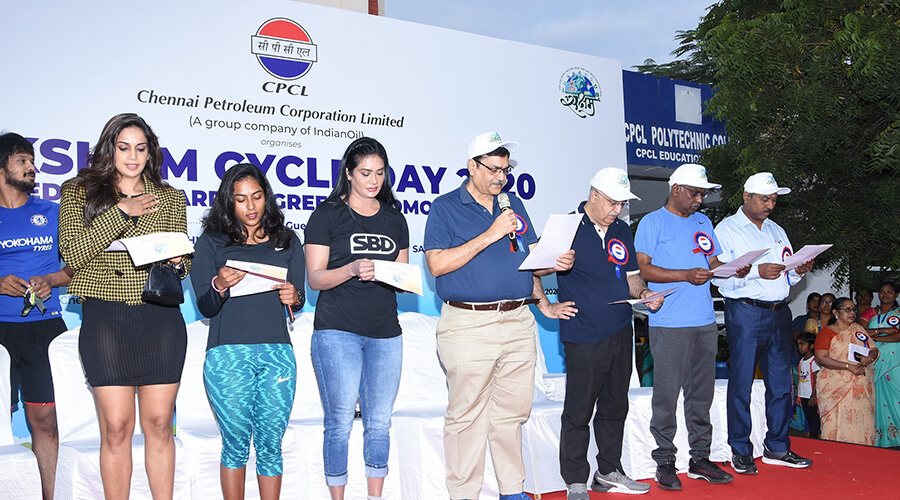 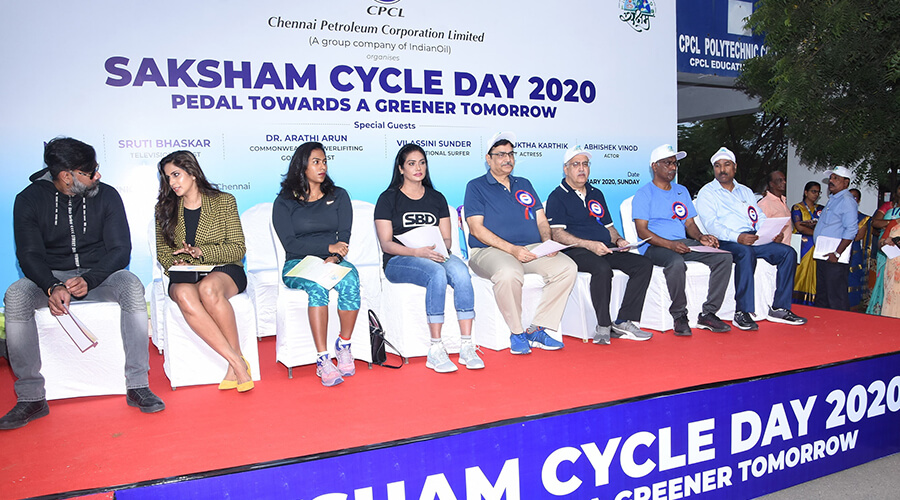 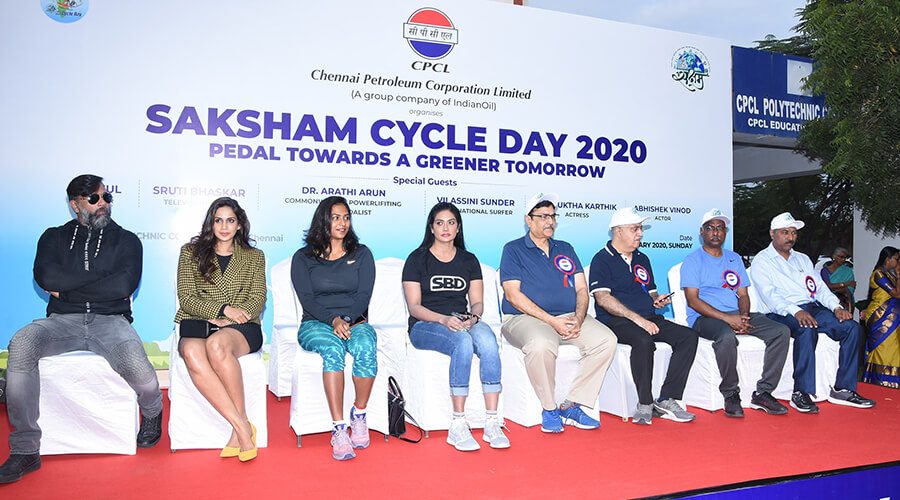 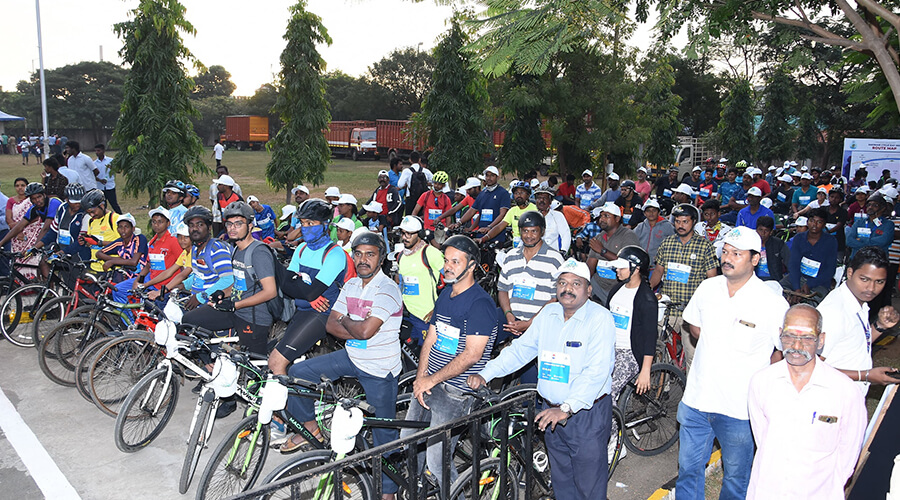