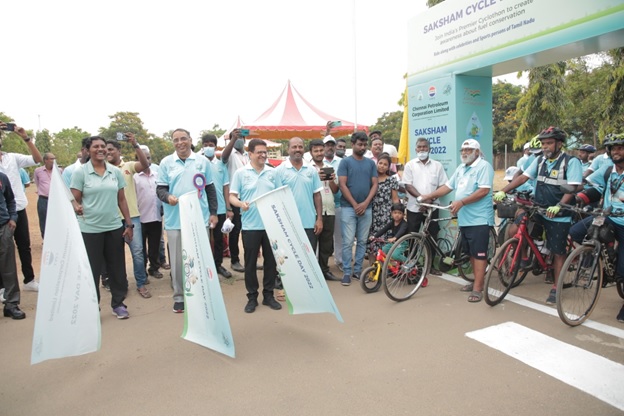 CPCL organized SAKSHAM Cyclothon on 17th April 22, Sunday, in support of the initiative of Petroleum Conservation Research Association under the aegis of Ministry of Petroleum & Natural Gas, Govt of India.

More than 1000 participants, from all walks of life enthusiastically pedalled the 5 KM rally which started and ended at CPCL Polytechnic College, to spread awareness of Energy conservation.

Followed by that, our MD and D(O) emphasised the importance of Fuel conservation to the Media and Public. They highlighted today’s scenario of highly depleted non-renewable resources and added that saving fuel not only helps to contribute towards conserving resources but also in controlling pollution.