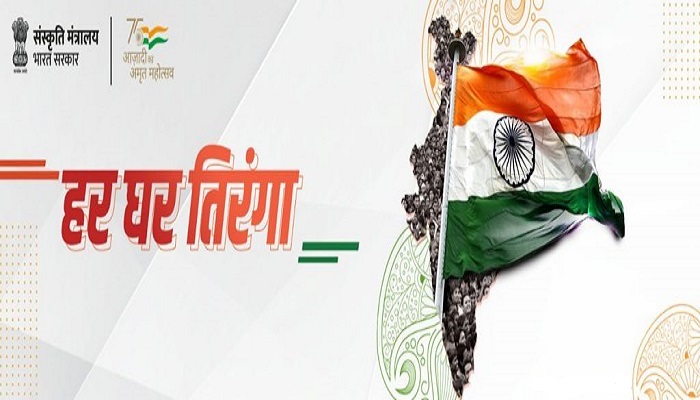 What is Har Ghar Tiranga ? The Indian National Flag is a symbol of national pride for the entire nation. To further honor our flag, the Hon’ble Home Minister who oversees all efforts under Azadi Ka Amrit Mahotsav has approved the program of ‘Har Ghar Tiranga’. It envisages inspiring Indians everywhere to hoist the national flag at their home.

Our relationship with the flag has always been more formal and institutional than personal. Bringing the flag home collectively as a nation in the 75th year of independence thus becomes symbolic of not only an act of personal connection to the Tiranga but also an embodiment of our commitment to nation-building, The idea behind the initiative is to invoke the feeling of patriotism in the hearts of the people and promote awareness about our national flag.