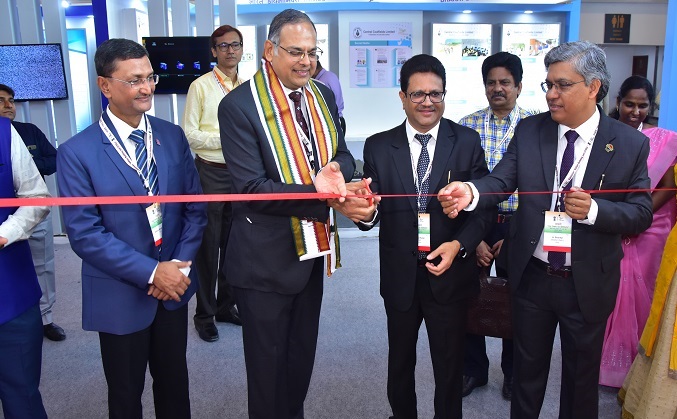 CPCL proudly participated in the exhibition on “Nation-building and CPSEs” organized by DPE SCOPE under the aegis of Azadi ka Amrit Mahotsav. CPCL showcased its contributions towards nation-building since independence and exhibited its first-of-its-kind initiatives. The exhibition was organized as a 4-day event at Mahatma Mandir Convention and Exhibition Centre, Gandhi Nagar, Gujarat between 9th – 12th June 2022.

The event was inaugurated by Hon’ble Finance Minister Smt Nirmala Sitharaman alongside Mr Bhupendra Patel, Chief Minister of Gujarat on 9th June 2022. In her keynote address at the inaugural event, Smt Sitharaman said, that the intention of the government is to support the contribution of CPSEs in core sectors as per New Public Sector Policy. She also added that to focus on areas of common good, it is necessary for proper utilization of public funds, for capacity building and diversification of public sector enterprises. “I would strongly recommend that the identified core sectors in which public sector will continue as per the New Public Sector Enterprises Policy of Budget 2020-21, would have to now look at opportunities, newer areas of development, scaling up possibilities, and looking at ways in which CPSEs can benefit from Web 3.0, Industrial Revolution 4.0, and deep data diving,” said Smt. Sitharaman.