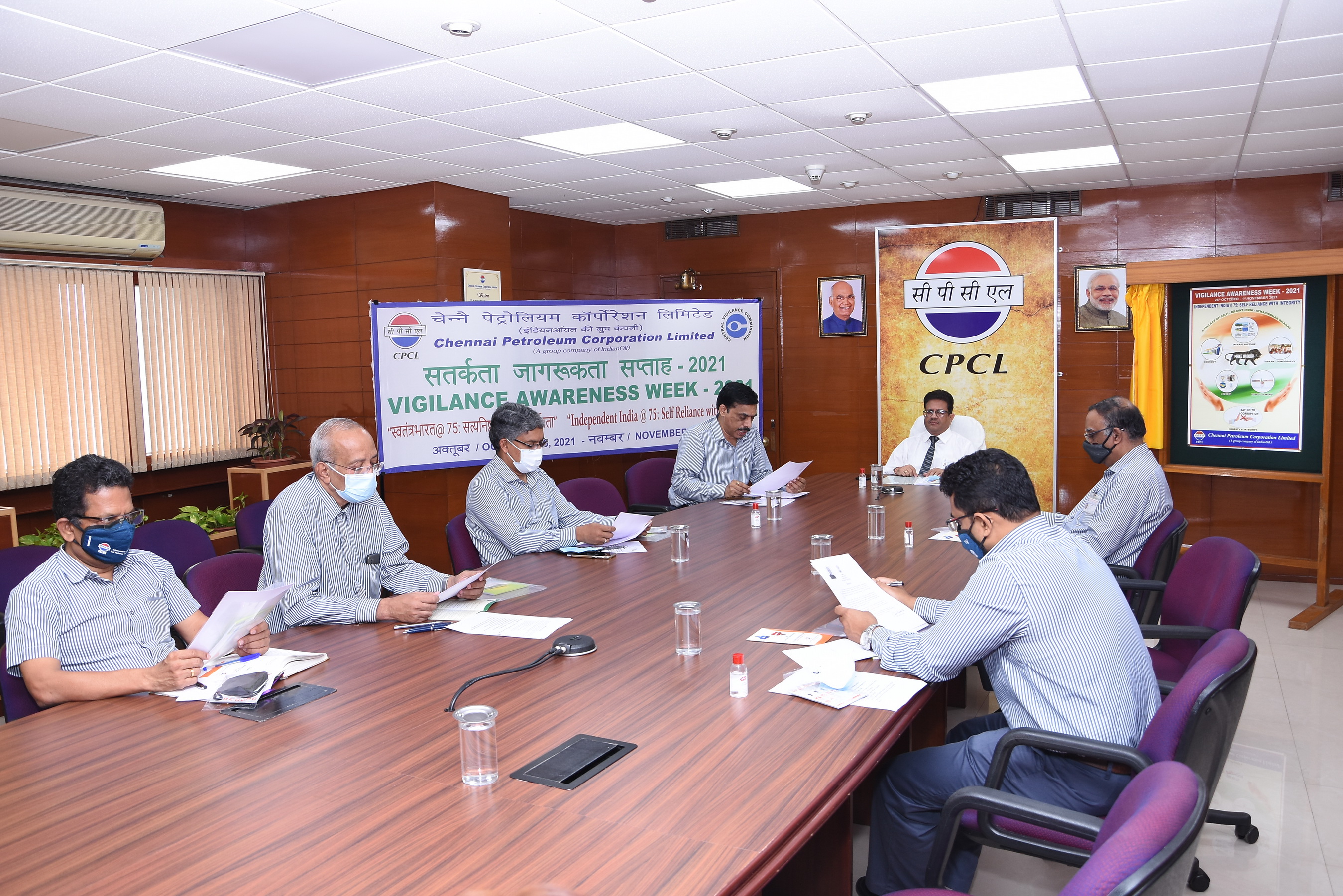 Shri. Arvind Kumar, Managing Director, CPCL, has administered the ‘Integrity Pledge’ to the staff and inaugurated the Vigilance Awareness Week – 2021 on 26th October, 2021 at CPCL’s Corporate Office, Teynampet, Chennai. He has unveiled the special Vigilance Poster brought out by CPCL to highlight the theme – “Independent India @ 75: Self Reliance with Integrity”.

In his address, Shri.Arvind Kumar, has highlighted the need of timely decision making  and has directed officials to be updated on CVC’s circulars and comply with the same. He has also stated that CPCL is a prominent PSU and each employee should conduct himself  in an appropriate manner both inside and outside the organisation. He has reminded that every employee should be guided by the Vision and Mission of CPCL.

Shri.J.T.Venkateswarlu, CVO, CPCL, has highlighted the background of observance of Vigilance Awareness Week  by stating that every year VAW is observed during the week in which the birthday of Shri.Sardar Vallabhai Patel falls. He has explained the importance of being ‘Honest’ and also the meaning of Integrity. He has highlighted the various activities planned during the Vigilance Awareness Week 2021 in CPCL like Short-film contest, Debate, Quiz, Essay writing and Painting competitions. He has also read out the message from Shri. Ram Nath Kovind, Hon’ble President of India on the occasion of VAW-2021.

The program concluded with vote of thanks by Sri. A S Rajkumar, GM(Vigilance), CPCL.