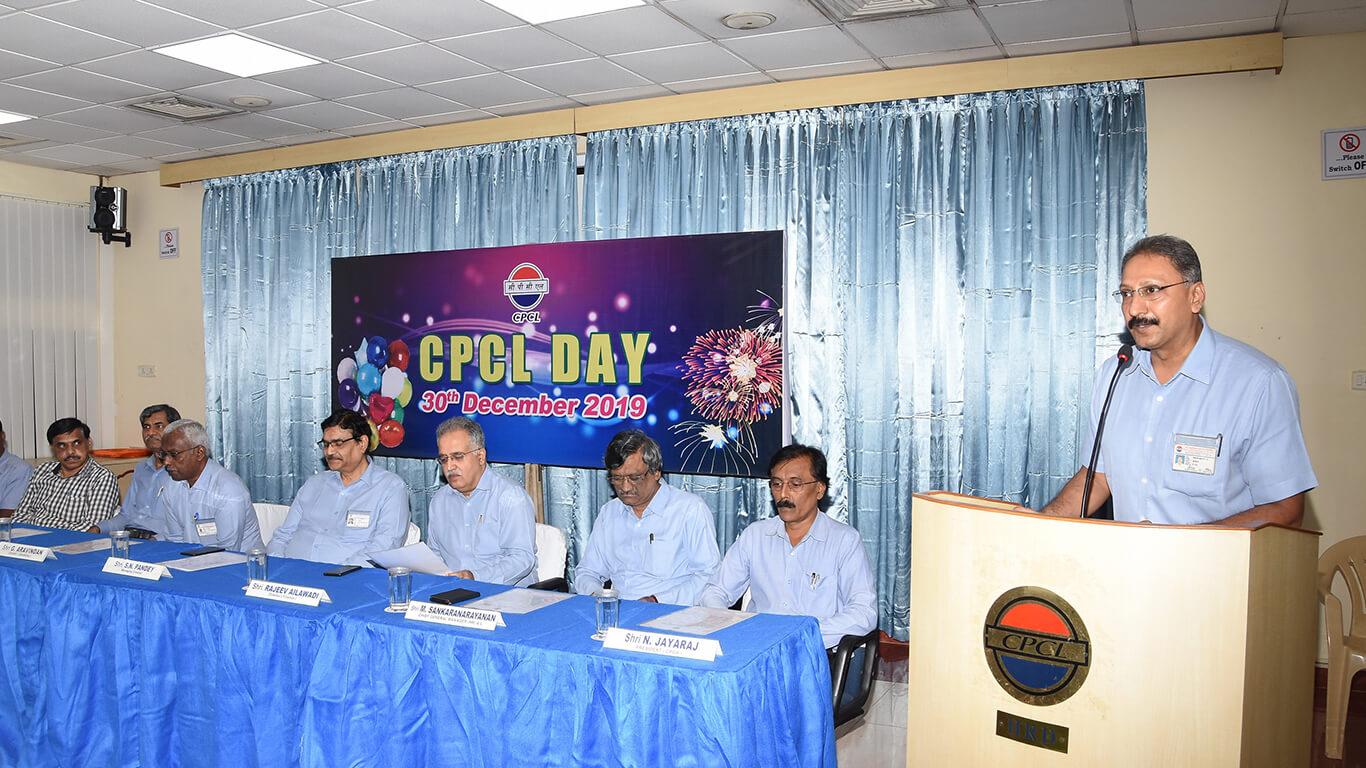 Shri Rajesh Khannan, General Secretary, CPEU emphasized the importance of the unity for improving the performance of the Company.

Shri N.Jayaraj, President, CPOA recalled the contributions made by the erstwhile employees of CPCL in the development of the Company.

Shri J.T.Venkateswarlu, CVO in his address appreciated CPCL for celebrating such functions which he said would enhance the performance of the Company.

Shri R.Srikanthan, D (T) stated that the commissioning of DCU helped the Company in improving the distillates yield for better performance.  He also emphasized a need for better contribution by one and all at this juncture.

Shri Rajeev Ailawadi, D (F) appreciated the co-operation extended by the Collectives and was optimistic about the financial performance in the coming months.

Shri G.Aravindan, D (O) informed that Refinery was able to produce BS VI well ahead of the schedule. He also recalled the efforts of former employees for bringing the Refinery from the capacity of 2.5 MMTPA to the present capacity of 11.5 MMTPA.

On this special occasion, Director (Refineries) Shri S.M.Vaidya had sent a congratulatory message to all CPCLians.Shri S.Ramesh, DGM (Personnel) read out the message during the function.

Shri S.N.Pandey, MD stated that the CPCL was forerunner in many activities and the same was followed by other Refineries.He further stated that the past glory should be brought back.While appreciating the efficiency of the employees, he urged all employees to carry out the activities at a faster pace.

A large number of employees including the representatives of Collectives attended the celebration. 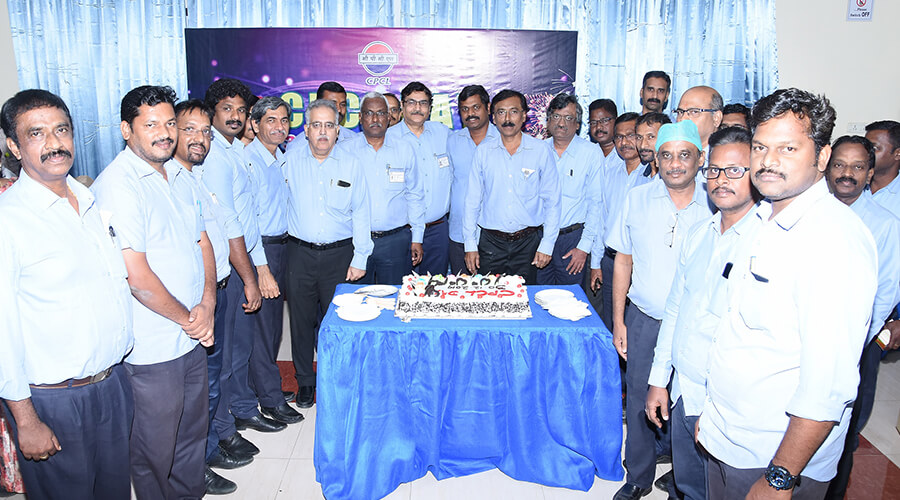 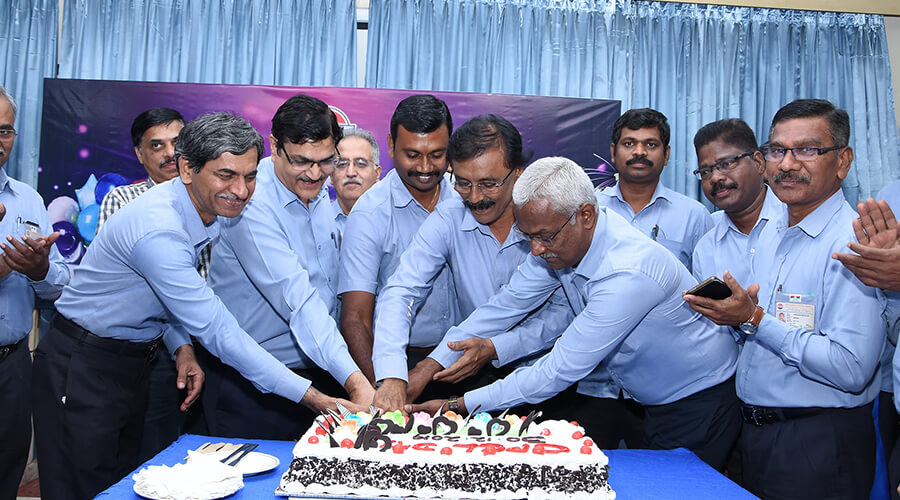 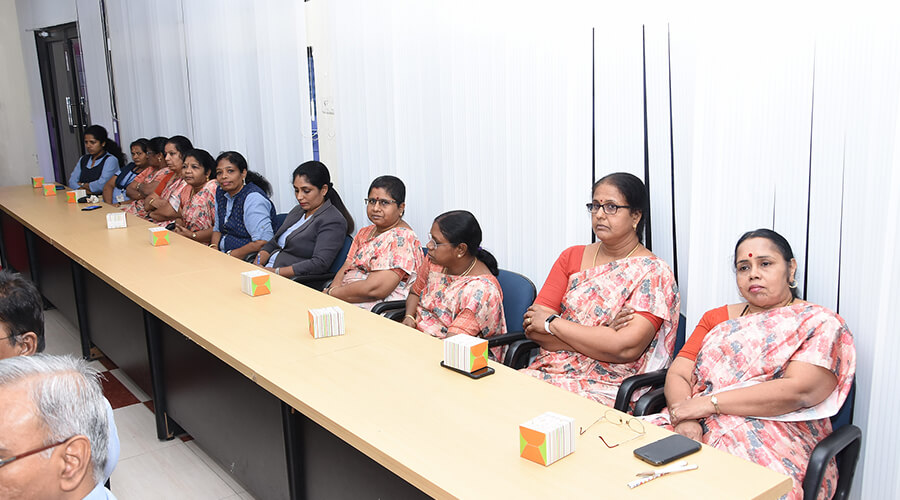 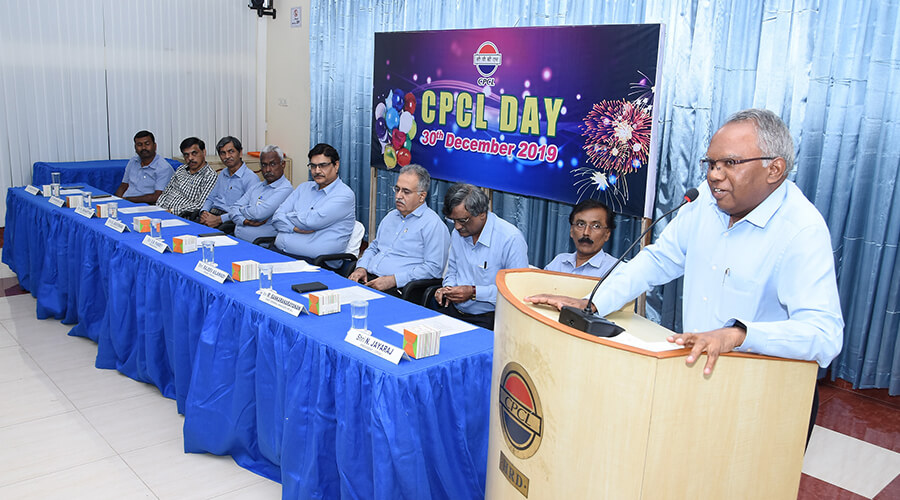 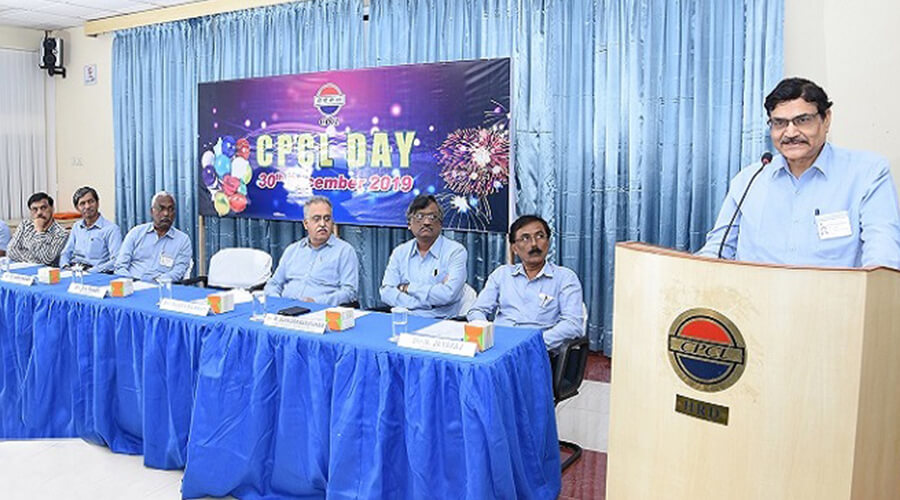 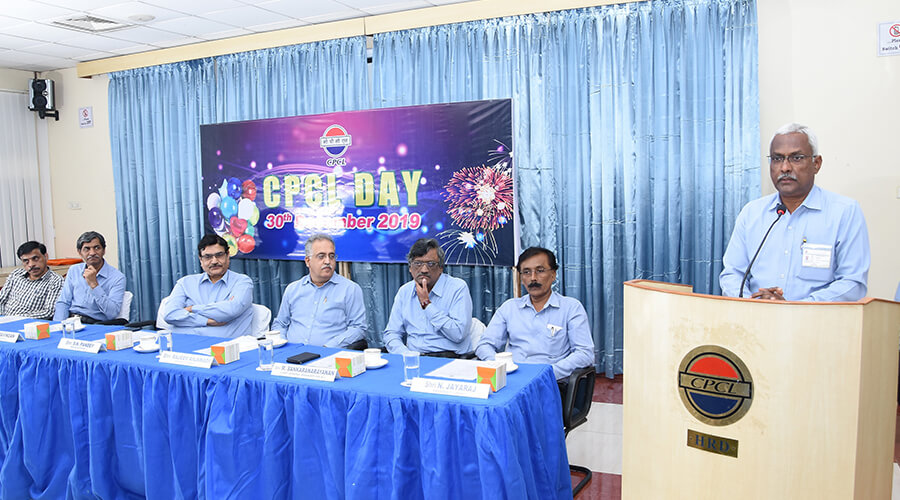 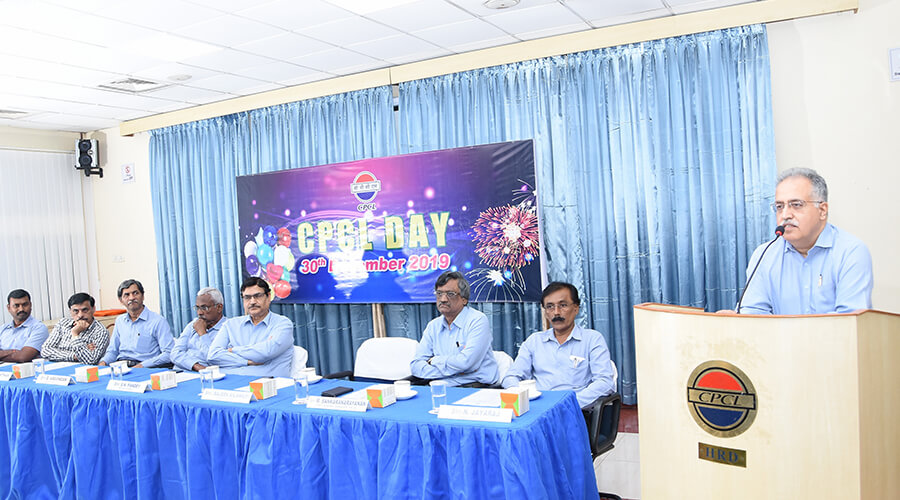 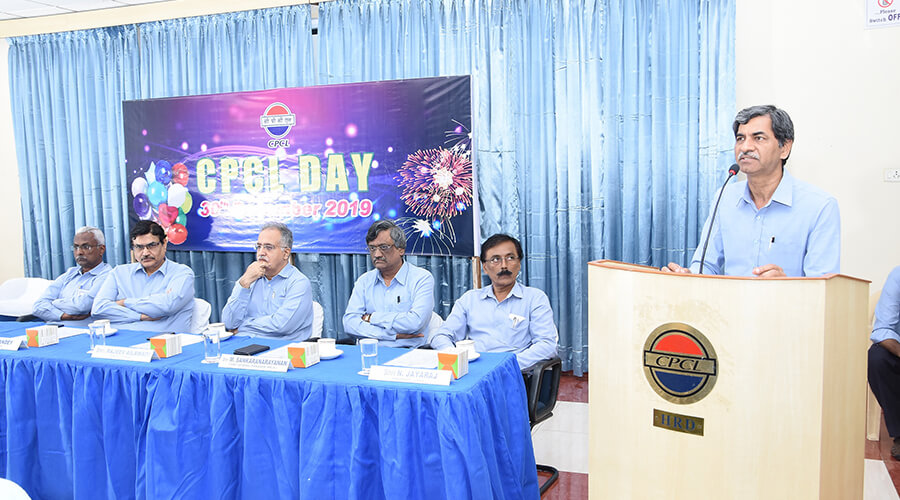 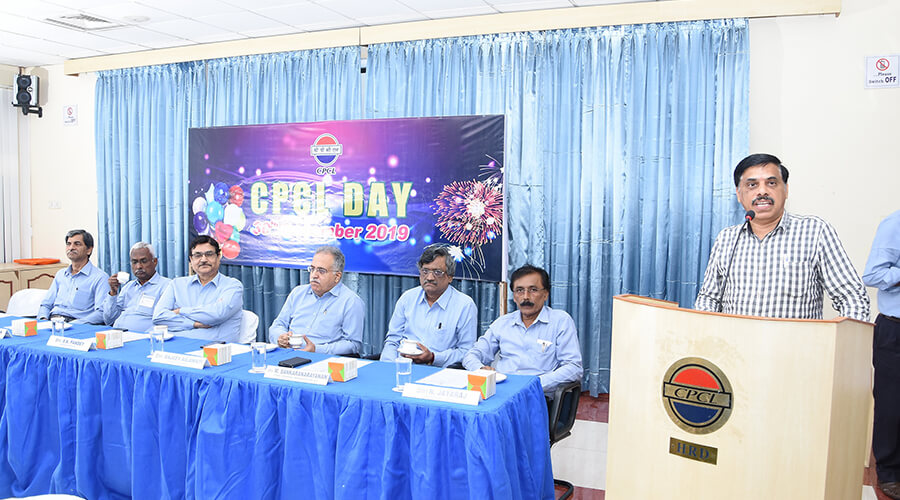 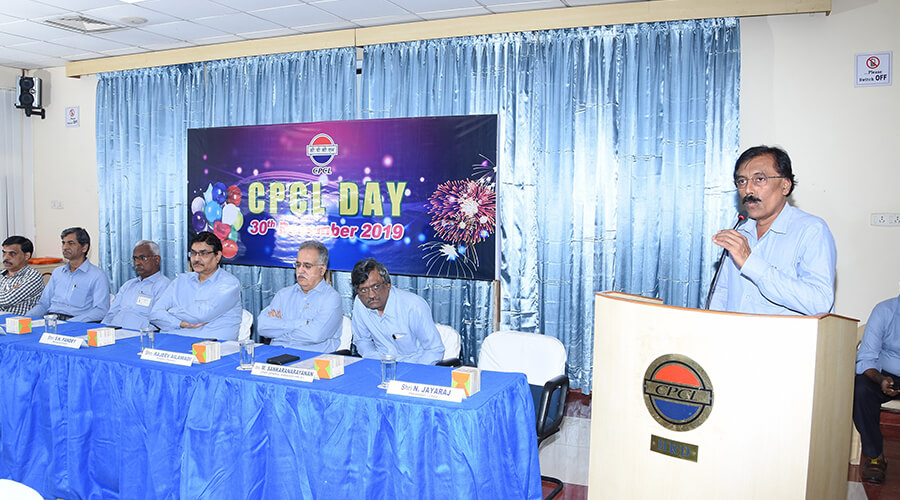 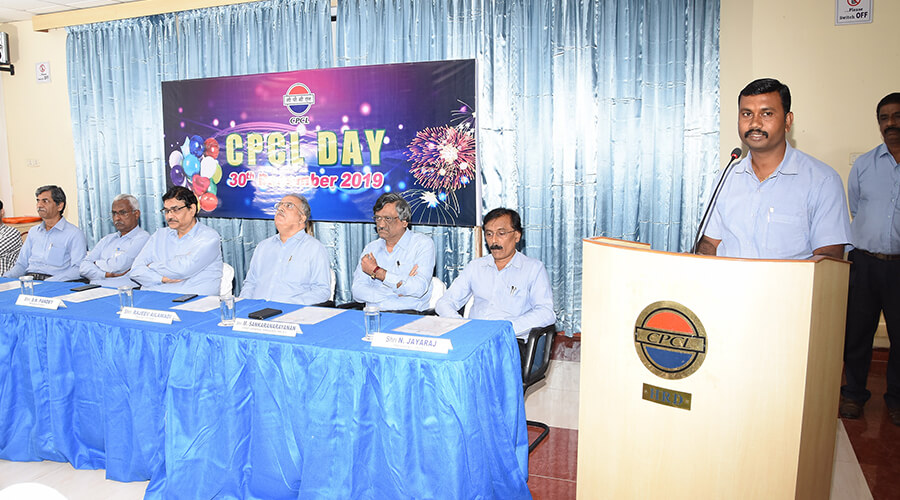 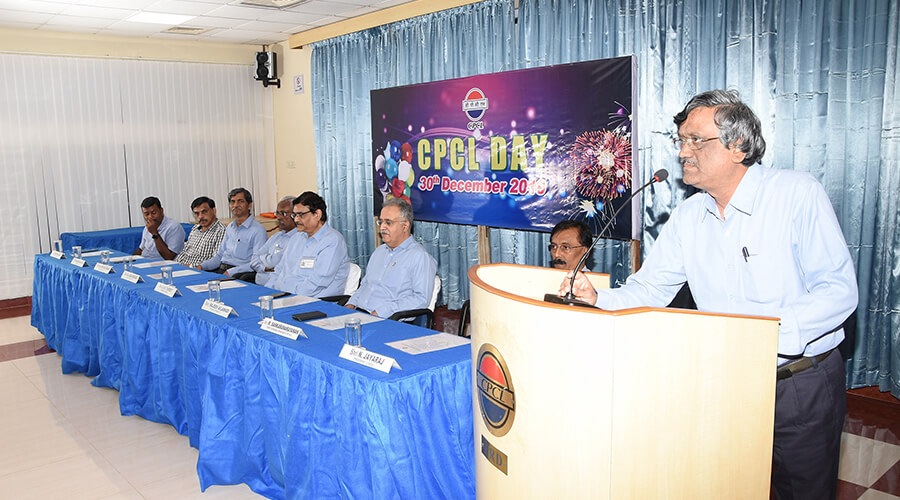 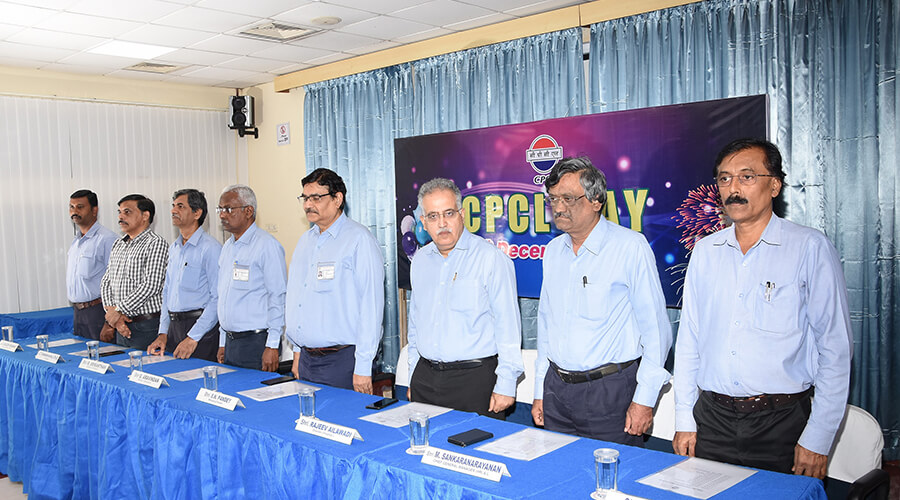 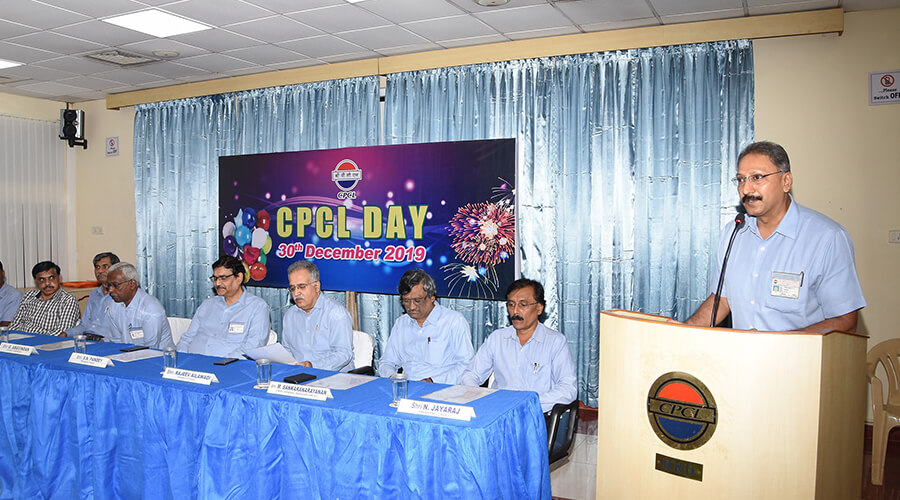 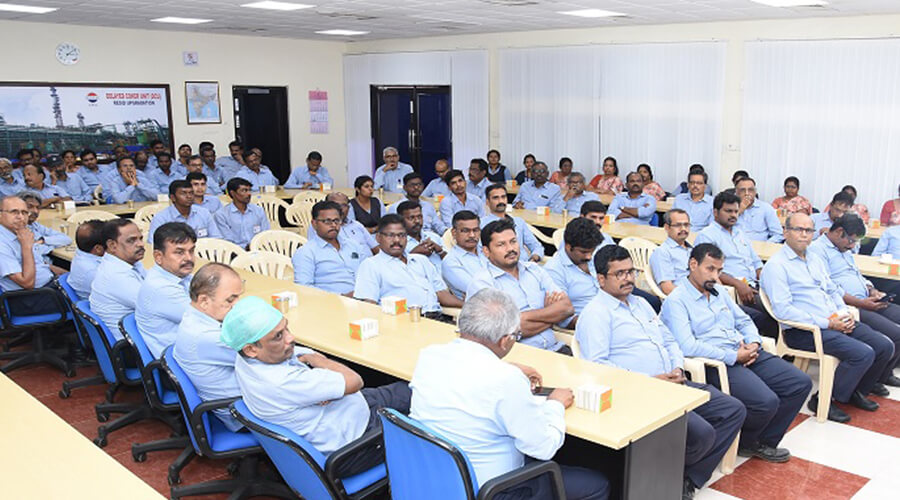 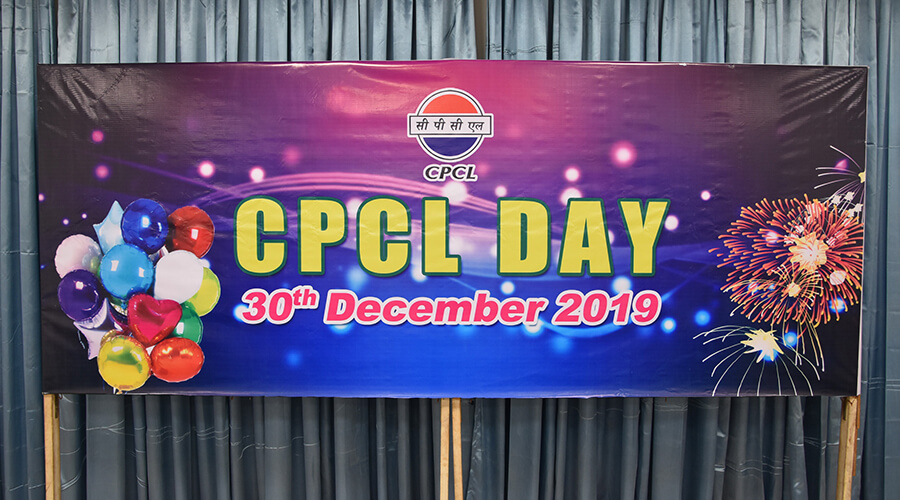