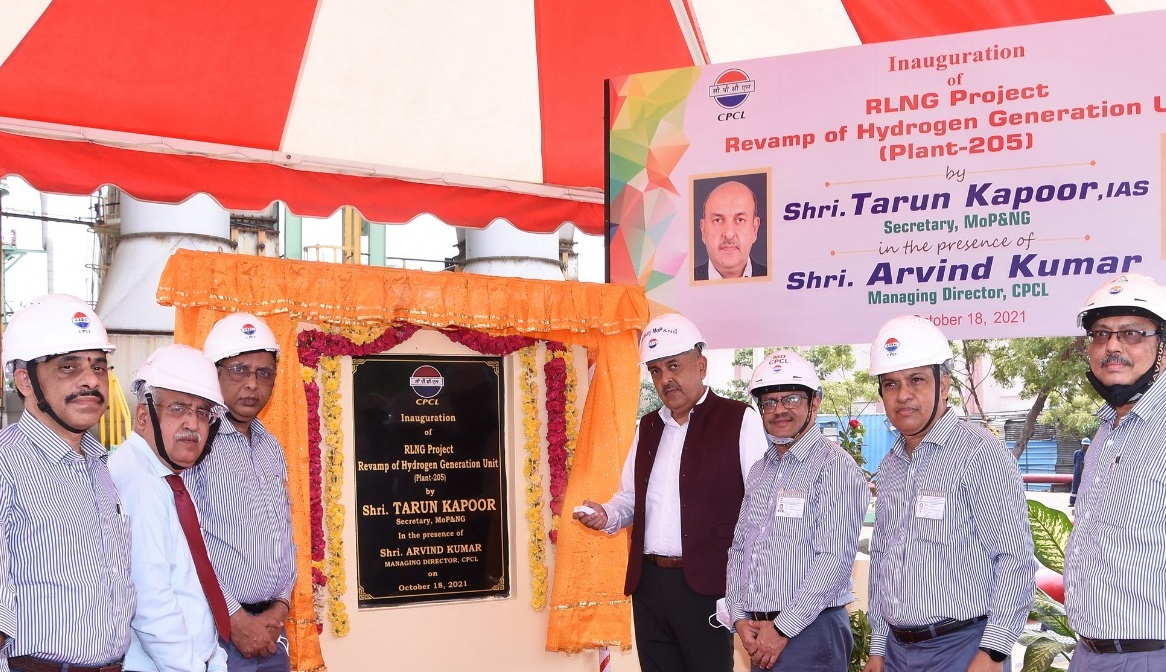 Shri. Tarun Kapoor, IAS, Secretary, Ministry of Petroleum & Natural Gas visited CPCL on 18.10.2021. On arrival, he was accorded a traditional welcome by Shri. Arvind Kumar, MD, Directors and senior officials of CPCL. A Guard of Honour was given by CISF and he planted a tree sapling to mark his visit.

A presentation on overview of CPCL’s growth path, pioneering efforts and innovations was made. Later, he visited the Refinery III control room and to the Refinery III area in which major M&I shut down was successfully and safely completed recently. A plague was unveiled at the Hydrogen generation unit to mark the successful commissioning of fuel and feed conversion from Naphtha to RLNG, a green initiative by CPCL.

After visiting the Refinery III control room, Secretary, MoPNG complimented CPCL and recorded the following appreciation in the visitor’s book.

“The various parts of the refinery have come up at different times. The product range is very impressive. The refinery is very well managed. I was impressed with innovations carried out. My good wishes for the entire team”.