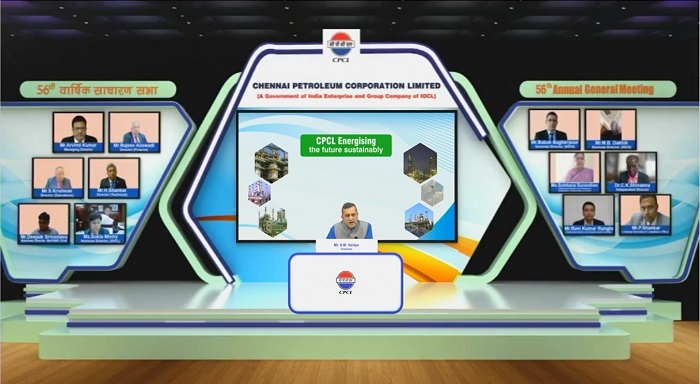 Chairman also stated that, the company continuously strives to create an intrinsically safe ecosystem by adopting the best practices in the industry. This focus has translated into incident-free 1060 days and fire-free 932 days.

Speaking on the Financial performance, the Chairman remarked that, CPCL has achieved the highest ever turnover of  Rs.60402 Cr with a Profit Before Tax of Rs.1832 Cr and a profit after tax of Rs.1342 Cr. Coming to the dividends, the Chairman was glad to share that on the back of good all round performance and profitability, the Board has recommended a dividend of 20% to the Equity Share holders.

Chairman also said that CPCL is setting up a new grass root refinery of 9 MMTPA capacity at Nagapattinam in JV mode with IndianOil and other strategic partners.

Shri.Arvind Kumar, Managing Director, CPCL proposed a vote of thanks.